I like to write, for writing reminds me of who I am, who I want to be, and where I come from. It is no mistery that I enjoy it, but that doesn’t make it any easier.

I often get compliments on my writing, but still, I think there’s a long way to go before I feel more comfortable with it – I still struggle over single words or sentences.

Lately, I’ve been rediscovering myself in many different ways. I find myself more aware of everything – and that is probably not the most interesting thing – if not by chance, by fate, but I do feel different. I certainly am not the same person I was a while ago. I write more, which means I exit my body more often.

I don’t really know what this post is about or even why I decided it should be blog post in the first place. All I can think is that I really liked it. I thought it would be interesting to share it with others. Not that it would be useful or anything, simply a pleasant read.

It’s not meant to mean anything in particular – at least in any philosophical way. It’s just something I conjured up the other day before going to bed. After I read it a couple of times, I knew it was a true gem. Only four paragraphs long, yet so deep with frustration and love. The love of a father towards his son, and of those little – apparently insignificant – moments that stick with you for the rest of your life. Here it is.

It’s almost midnight and I can’t really prevent my eyes from closing. I’m tired as hell, yet I can’t seem to convince myself into the idea that I should get some sleep.

I don’t have a big day tomorrow or anything, it’s just that my kid wakes up so goddamn early. Well, that’s what he’s supposed to do, and I can’t find an argument against that – at least a plausible one.

Sometimes he just stays awake, lying there in my regular-sized bed, staring at me directly into my eyes, even though I have them closed, like waiting for the slightest hint of evidence that I too, am awake.

At the first sight of a blink, he launches himself toward me. “Papa, papa,” he shouts with excitement. I open my eyes wide, he sticks his finger in one of them – it hurts.

It always seems I’m late to the party. For several years I pondered on the idea of joining Twitter, but it never really made much sense to me – at least at the time – to join a social network where there were hardly any friends of mine1. Big mistake, that actually is one of the cool things about twitter. Unlike Facebook, it does provides an open space suitable for engaging in discussions, albeit short, of all sorts with interesting people who don’t really have to be your “friend.”

It turns out that shortly after joining twitter most people2 were already considering abandoning it in favor of App.net. For the time being App.net seems like a niche thing, and most people seem to continue on twitter. Whether that stays that way for the next year or so depends on twitter and their recent policy changes that could well endanger the platform as we know it today.

It would take the selected finder items, mainly images in png, jpeg, or whatever, and convert all of them to pdf. Simple. I recently wrote about inserting footnotes in Day One and how it could be achieved with the new markdown support. I realize that ideally Day One should support multimarkdown footnotes, but this has not arrived yet. It could well be planned for a future release, but I’ll stick to my solution for the mean time.

One of the tedious things about my solution to footnotes in Day One is that you have to do everything manually. The insertion of the footnotes plus the formatting, not to mention keeping count of the number of footnotes. For one or two footnotes this doesn’t seem like a big issue. But for several more it gets complicated.1 You have to put the superscript (^), the number of the footnote, the horizontal line (which I think necessary) and the footnote itself. Therefore, I thought I could automate this–somewhat.

My favorite journaling app, Day One, just got updated to version 1.7.2, and it includes some really great new features.

It now includes more multimarkdown syntax like strike through, fenced code, and other nifty things. However one of the things I still find missing in Day One is multimarkdown footnotes. I’ve grown so accustomed to footnotes, that I don’t think I could live without them anymore.1 If there’s something I learned from the famous talk “149 Surprising Ways to Turbocharge Your Blog With Credibility!” by John Gruber and Merlin Mann, was that one should make a great effort to write as if the people you admire we’re going to read your work. This is true even if the people you admire are fictional, or like in Gruber’s case, an idealized version of himself. I like to think that this piece of advice is as valid for writing/blogging as it is for anything else you do in life. 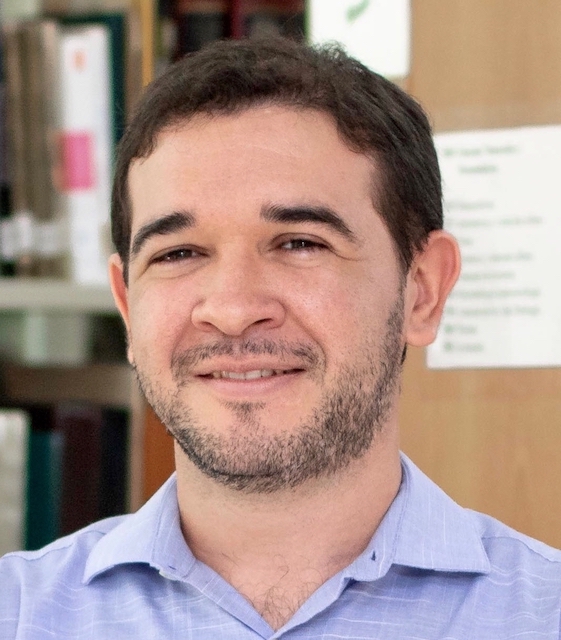 Hi, I’m Andrés Marrugo. I’m a professor at the department of Mechanical and Mechatronics Engineering of the Tecnhological University of Bolívar (Colombia).

This is my personal website and blog. There’s a version in English and in Español.